Cryptokitties is a virtual game that involves digital cats, cryptocurrency and millions of dollars. The virtual cats are cute, sure, but can also prove incredibly valuable. People have spent the equivalent of $6.7 million on the digital cats. One particular cat auctioned for $114 481.59. Below we have answered some common questions about Cryptokitties!

But what is so cool about these kitties?
Well, Cryptokitties is one of the world’s first games to be built on blockchain technology. Blockchain technology is the same breakthrough that makes things like Bitcoin and Ethereum possible. Don’t get them confuesed though, Bitcoin and Ether are crytocurrencies where Cryptokitties are cryptocollectables. You can buy, sell or trade the kitties and be assured that you can do so securely in the knowledge that blockchain will track ownership.
The virtual cats are breedable and carry a distinct genome. Eat cat has its own unique DNA and comes with different attributes, which means there are 4 billion possible cats that can be bread. The cats can pass on traits such as striped fur, spots or even a certain eye colour.

How do I buy one?
Cryptokitties can be sold at an auction for a certain amount of Ether, the cryptocurrency, similar to Bitcoin. The average price of one is reportedly $25 (in Ether). You can obtain Ether through programs like MetaMask, which acts like a bank account for Cryptocurrency.

What is Blockchain?
Here iss the simplest explanation. In the language of cryptocurrency, a block is a record of new transactions (that could mean the location of cryptocurrency, or medical data, or even voting records). Once each block is completed it’s added to the chain, creating a chain of blocks: A blockchain.

What are the requirements to play Cryptokitties?
– A computer or laptop running the desktop version of Chrome or Firefox.
– MetaMask, a digital wallet used specifically with web apps.
– Ether, a form of digital payment that powers Cryptokitties.

Cryptokitties are 100% owned by you and cannot be replicated, taken away, or destroyed.

We would love to know what your thoughts on Cryptokitties are! Do you think it’s cool or a total waste of money? Let us know in the comments below! 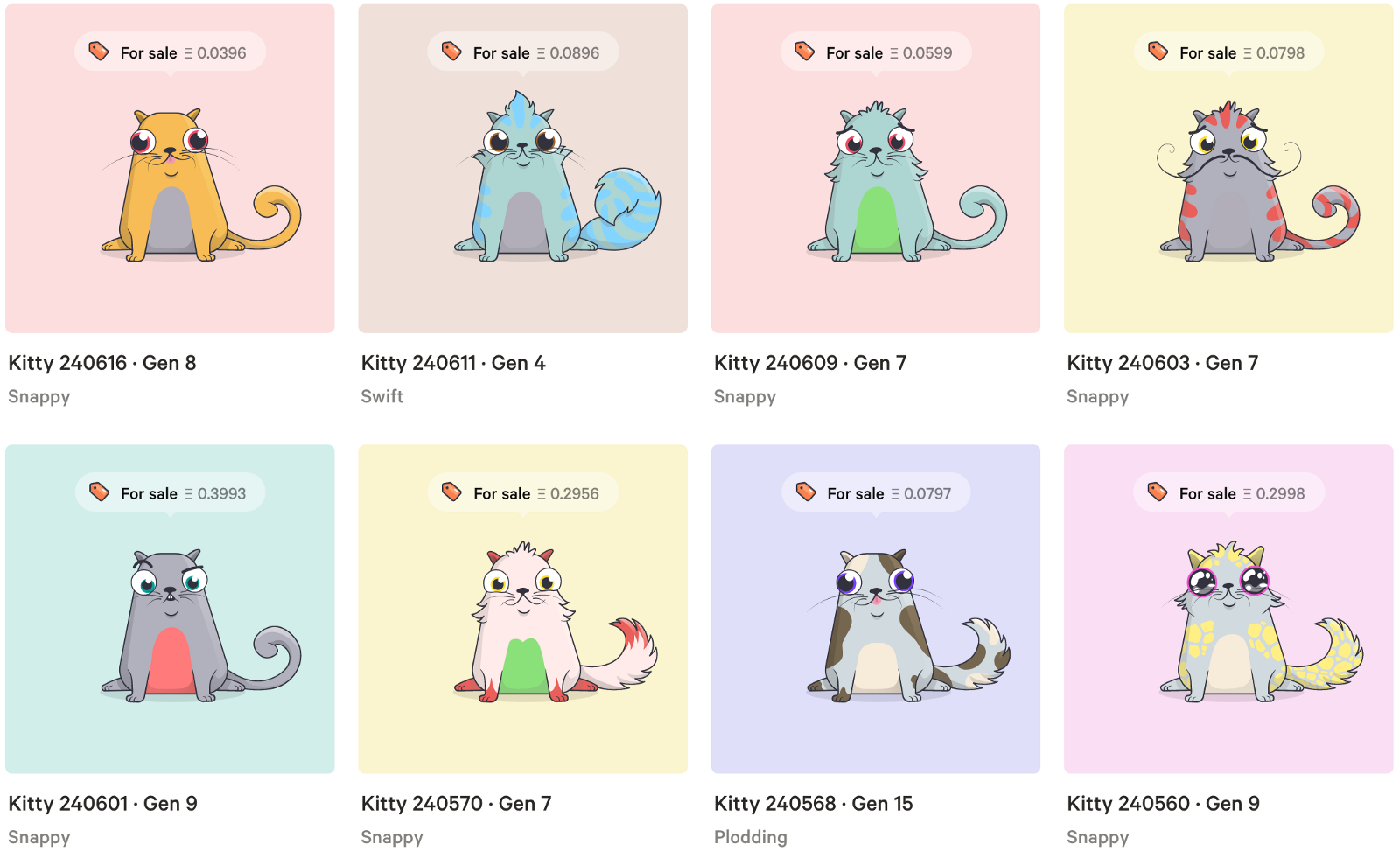