Not sure if you want to buy Super Mario Odyssey? Super Mario Odyssey has finally been released, and boy-oh-boy is it good! Mario Odyssey is a relentlessly joyful celebration of the entire series, but it also takes Mario to the future with the most modern game design we have seen from the series yet.

Once again we help Mario as he rescues Princess Peach from Bowser, only this time we are joined by a hat-shaped sidekick, Cappy! Cappy is a spirit that possesses Marios hat. Throw Cappy at certain objects and creatures to temporarily capture and control them and use their unique abilities (these objects and creatures instantly get a mustache and hat, which never gets old).
Super Mario Odyssey sports a multitude of open sandbox environments to explore which are each packed with friends, foes and platforming challenges. Each Kingdom is packed full of collectibles and secrets to discover. There are a greater range of Kingdoms to explore, places that fall outside the Mushroom Kingdom that the series is known for.
Although it is a sandbox style game, the core of the experience is still very much the same and is largely a platforming game and from all of its newness, Odyssey is also filled with nostalgia. Classic 2D stages transform Mario into an 8-bit spite and wrap around and under the level’s walls and floors.

Although the gameplay is incredibly smooth, the only criticism I have is of the reliance on using the Joy-Con controllers separated into one in each hand.
Super Mario Odyssey is an inventive, playful and incredibly polished experience that pays constant homage to the series’ storied past while never feeling redundant or old.

Fun fact: Nintendo has said that it utilized a Japanese gardening concept known as hakoniwa – or box garden – when it came to creating Odyssey’s Kingdoms. Instead of vast, open spaces like in The Legend of Zelda: Breath of the Wild, the idea is that the levels in Odyssey are comparatively smaller, but packed with lots of tiny details you might not have noticed at first. 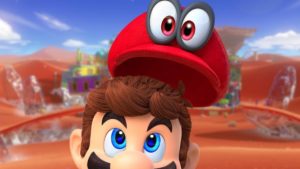 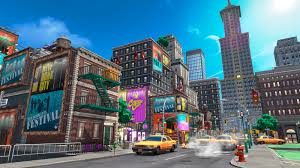 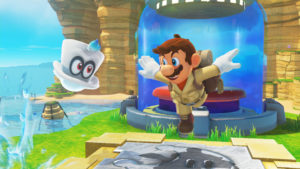