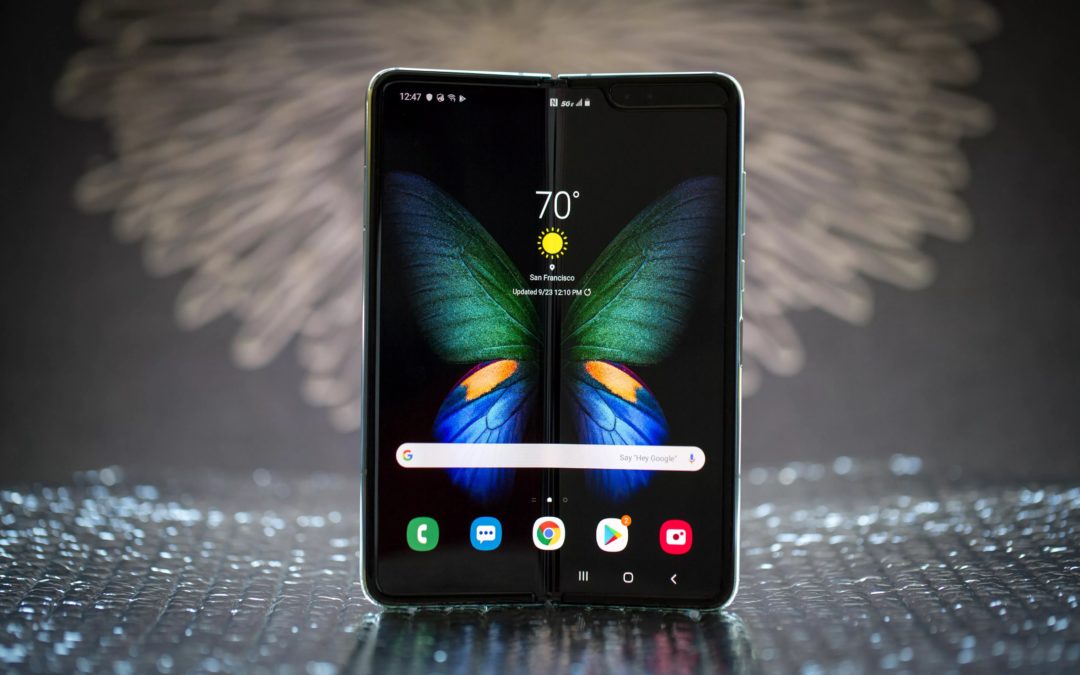 This year we saw some amazing new feautures roll out in the mobile phone world.. but one that stood out from the rest was the “foldable screen” concept. Take a look at a few of the phones that were released this year!

The Razr is back but now it has joined the Android smartphone family! The new Motorola flip phone design has the same general form factor but replaces the usual keyboard and small LCD with a 6.2 inch foldable plastic OLED panel. Wowzers!

The Samsung Galaxy Fold has a massive 7.3inch screen that folds over itself when your ready to put it in your pocket. Big tech comes with a big price tag but at least you get what you pay for.. High End Processor, 12GB of RAM, 512GB of storage & a triple lens rear camera (16MP+12MP+12MP). Holy Moly, it’s basically a computer & professional camera in one handy mobile device.

The Huawei Mate X folds the opposite way to the Samsung Fold with the screens facing outwards, rather than being hidden when closed shut. When opened out the Huawei Mate X has a huge 8 inch screen similar to a tablet!